We are proud to announce that our CEO, Greg Lemke-Rochon is being recognized for his dedication and commitment to youth. He recently earned Boys & Girls Clubs of America’s highest professional honor bestowed in the Midwest Region, the Heart & Soul Award. Greg has been serving, supporting, and advocating for children and teens throughout the Fox Valley for more than 30 years.

This award is presented annually to a professional who has demonstrated long devoted service and has been an advocate for youth. Greg accepted this award at the Boys & Girls Clubs of America Midwest Leadership Conference on October 19, 2021.

Under Greg’s leadership, the Boys & Girls Clubs of the Fox Valley opened its doors in 1998. It has since expanded to support youth at two branch locations and nine school sites, including two that opened earlier this year. These eleven clubs serve an average of 15,000 youth annually with an array of positive youth development programs and mental and behavioral health services.

Throughout Greg’s tenure, he has helped the Boys & Girls Clubs of the Fox Valley distinguish itself through its Youth & Family Services Department. This arm of the organization provides no-cost services to thousands of children, youth, and families each year. It includes the following program areas: Youth & Family Counseling, the Truancy Reduction and Assessment Center (TRAC), Scholars on Target to Achieve Results (STAR), Home Base, and the Center for Grieving Children. The organization employs over 140 staff annually and benefits from the contributions of over 400 volunteers.

Most recently, Greg led the Boys & Girls Clubs of the Fox Valley through the completion of a $9.875 million-dollar multi-faceted Great Futures campaign. The campaign works to meet the developmental needs of a growing population of young people, especially those supported through the organization’s varied youth and family supports. The campaign also included a 15,000 square feet expansion of the Boys & Girls Club of Menasha.

Matching Gift Challenge is back! 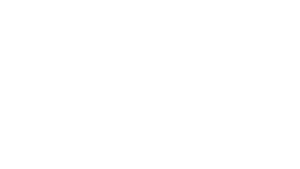 Whatever It Takes to Build Great Futures.
Boys & Girls Clubs of the Fox Valley inspires and enables all young people, to reach their full potential as productive, responsible and caring individuals.

Swahili
© 2023 Boys & Girls Clubs of the Fox Valley. All Rights Reserved.
We use cookies on our website to give you the most relevant experience by remembering your preferences and repeat visits. By clicking “Accept”, you consent to the use of ALL the cookies.
Do not sell my personal information.
Cookie SettingsAccept
Manage consent